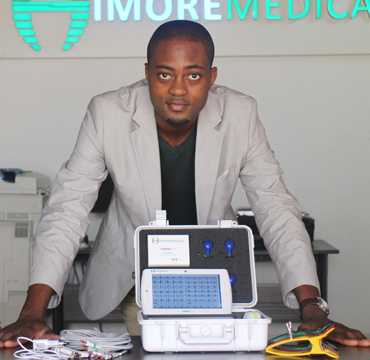 Athur Zang is the Computer Science Engineer and a Researcher in Biomedical Engineering. He is also the Chief Exectuive Officer of Himore Medical. As a student, Arthur discovered that there was only 60 cardiologists for 22 000 000 inhabitants in Cameroon. To solve this problem, he invented the Cardiopad six years. The Cardiopad is the first African medical tablet that allows performs electrocardiograms and telemedicine. Since 2015, the Cardiopad is available and used in hospitals around the world. The device is manufactured by Himore Medical, a medical devices manufacturing company create by Arthur. In 2016, he designed and launched the Africa Cardiac Care Program which is a Pan-African health care program allowing patients from a low income background to benefit from full cardiac screening at least once a year.