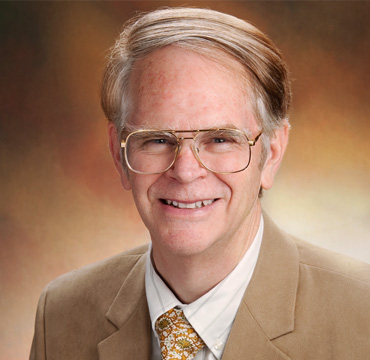 Dr. Doug Wallace is the 2017 winner of the Dr. Paul Janssen Award for Biomedical Research for pioneering the field of mitochondrial genetics and its application to the study of disease, aging and patterns of human migration.

After completing a postdoctoral fellowship at the National Institutes of Health, Dr. Wallace spent seven years as an assistant professor at Stanford University, where he made the discovery that mitochondrial DNA is inherited from the mother only. In 1983, he became an Adjunct Professor for Biochemistry, Anthropology and Pediatrics Genetics at Emory University, where he continued his research on maternal inheritance and disease. In 2002, he founded the Center for Molecular and Mitochondrial Medicine and Genetics at the University of California, Irvine, and later became a professor of Pathology and Laboratory Medicine at the University of Pennsylvania in 2010. He is currently the director of the Center for Mitochondrial and Epigenomic Medicine at the Children's Hospital of Philadelphia.

Dr. Wallace’s groundbreaking work in the field of human mitochondrial genetics has illuminated fields ranging from bioenergetics to molecular anthropology and human evolution. He identified maternally inherited diseases that result from mutations in mtDNA. Dr. Wallace also showed that mtDNA mutations accumulate with age and are especially prevalent in tissues, such as the brain, that are afflicted by degenerative diseases. His work has highlighted mitochondria and bioenergetics as important factors in age-related disorders, such as diabetes and Alzheimer’s disease, as well as cancer.

Dr. Wallace has received numerous awards recognizing his pioneering studies of mitochondrial genetics for the past 35 years, including the American College of Physicians Award for Outstanding Work in Science Related to Medicine, the Gruber Foundation Genetics Prize, the William Allan Award of the American Society of Human Genetics, the Passano Award, and the Benjamin Franklin Life Sciences Medal. He is a member of the National Academy of Sciences, the American Academy of Arts and Sciences, and the Institute of Medicine.

Session: Breakthroughs from Across the World