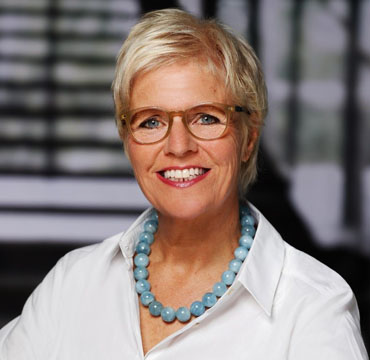 Dr. Ingrid Wünning Tschol is Senior Vice President Strategy at Robert Bosch Stiftung, Stuttgart, Germany. She belongs to numerous advisory boards, both in Germany and in other parts of the world. From 2008-2011 she was Vice Chair of the European Research Area Board, an independent board which advised the European Union Commissioner with regard to ERA and the Framework Programme. Other memberships include the ESOF Supervisory Board, Strasbourg; the Board of Trustees of the Falling Walls Conference, Berlin; the Uppsala Health Summit, the Careum Foundation in Switzerland, the Natural History Museum in Berlin, the University Council in Ulm or the African Agricultural and Technology Fund (AATF) in Nairobi.

Ingrid earned her Doctoral degree in biology from the University of Tübingen, Germany. Between 1985 and 1990 she conducted postdoctoral research at Massachusetts Institute of Technology in Boston and the State University of New York in Stony Brook. Further stations in her career were the Deutsche Forschungsgemeinschaft in Bonn, Germany. She also served as Head of the Medical Section at the European Science Foundation in Strasbourg, France.