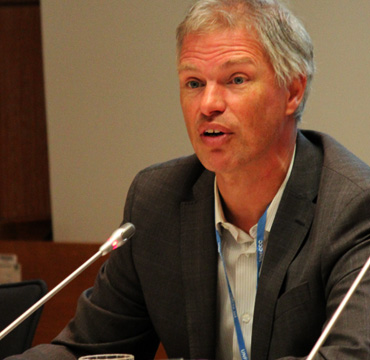 Hans (1960) is a Dutch economist and senior consultant in the field of renewable energy, innovation and climate policy. He is the former Director of Climate and Industry at the Ministry of Environment and former Director CCS at Economic Affairs at the Dutch government. As such, he was responsible for the national and international climate strategy, including (renewable) energy policies.

Hans has lived and worked in Africa in the ‘80s and ‘90s working on the cutting edge of development and innovative sustainable business. After that he became involved Europe’s climate and renewable energy discussions. He conducted several key renewable energy, innovation and climate reports for the European Commission and others, as well as recent evaluations on investments in renewable energy in African countries. Hans is also a non-executive chair for 2 renewable energy companies.