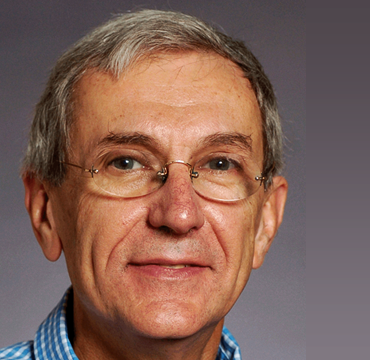 José M. F. Moura is the Philip L. and Marsha Dowd University Professor at CMU, with interests in signal processing and data science. He invented (with Alek Kavcic) a detector found in at least 60% of the disk drives of all computers sold worldwide in the last 13 years (over 3 billion) – the subject of the recent US $750 Million settlement (February 2016) between CMU and Marvell, the largest settlement ever in the information technologies intellectual property area and 3rd largest overall.

He is the 2018 IEEE President Elect (IEEE with 420 thousand members being the largest professional organization worldwide), was IEEE Board Director, and Editor in Chief for the Transactions on Signal Processing. Moura received the CMU College of Engineering Distinguished Professor Award, the IEEE Signal Processing Society Technical Achievement Award and its Society Award. He is Fellow of the IEEE and of the American Association for the Advancement of Science, AAAS, corresponding member of the Academy of Sciences of Portugal, Fellow of the US National Academy of Innovators, and member of the US National Academy of Engineering.