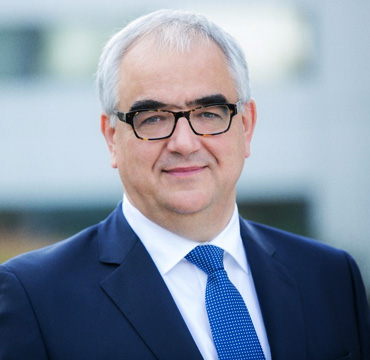 Dr. Paul Stoffels is a visionary leader who inspires and drives transformational innovation to bring years of life and quality of life to millions of people around the world. As Chief Scientific Officer, Paul spearheads the Johnson & Johnson research and product pipeline by leading teams across the pharmaceutical, medical devices and consumer segments to discover and develop healthcare solutions to address unmet needs. He is also a pioneer in global public health and steers the company’s strategy to make innovative medicines and technologies accessible in the world’s most vulnerable communities and resource-poor settings.

Paul’s commitment to fueling innovation and finding the best science, wherever it exists, is the driving force behind the launch of Johnson & Johnson Innovation in 2013, which he now leads to foster science and technology through strategic partnerships, licensing and acquisitions.

Previously, in his role as Worldwide Chairman, Pharmaceuticals, Paul led the transformation of the pharmaceutical research and development pipeline for Janssen Pharmaceutical Companies of Johnson & Johnson, driving a fundamental shift in the R&D paradigm that is now a model in the industry for productivity and innovation. Under his leadership, Janssen rejuvenated its pipeline, launching multiple new medicines and making a difference for people all over the world.

Prior to this, Paul held various R&D leadership roles within the pharmaceutical sector of Johnson & Johnson. He joined Johnson & Johnson in 2002 with the acquisition of Virco and Tibotec, where he was Chief Executive Officer of Virco and as Chairman of Tibotec, and led the development of several breakthrough products for the treatment of HIV that helped to transform this devastating disease from a death sentence to a chronic and treatable condition.

Session: The Future of Health: Preventing and Diagnosing Disease