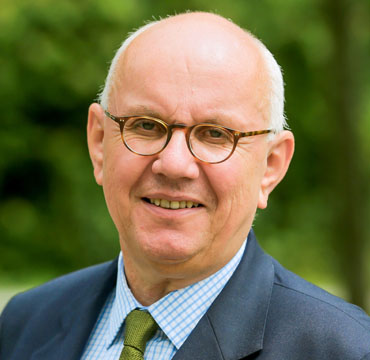 Peter Strohschneider was born in Stuttgart in 1955. He is the President of the Deutsche Forschungsgemeinschaft (DFG, German Research Foundation), the central self-governing organization for sciences and the humanities, which promotes research in universities and other publicly funded research institutions in Germany. He studied German philology, as well as law, history, sociology and political science, and received his PhD from the Ludwig-Maximilians-University (LMU) in 1984. He was Professor of German Medieval and Early Modern Studies at Dresden University of Technology from 1993 until 2002. Since 2002 he has held the chair of German Medieval Studies at the LMU in Munich. His research foci lie in the fields of German medieval and pre-modern culture and literature, as well as academic research policy.

He was a visiting professor at the École Pratique des Hautes Études in Paris, the Freiburg Institute for Advanced Studies and the Goethe University Frankfurt/Main and declined calls from the University of Tuebingen and the Freie Universität Berlin. From 2006 to 2011 he chaired the German Sciences and Humanities Council (Wissenschaftsrat). He is a member of numerous international committees and academies, including the Leopoldina – German National Academy of Sciences.