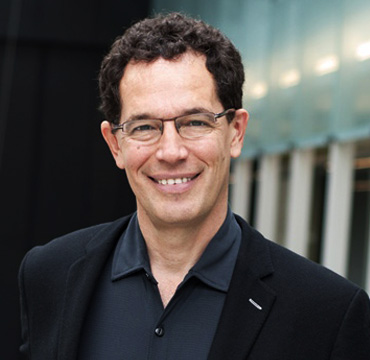 Neil Turok (PhD Imperial College London, 1983) is the Director of the Perimeter Institute for Theoretical Physics in Waterloo, Ontario, Canada. Previously, he was Professor of Physics at Princeton University and Chair of Mathematical Physics at the University of Cambridge before assuming his current position as Director of Perimeter Institute in 2008. In 2013 he was re-appointed for a second term and additionally awarded the Mike and Ophelia Lazaridis Niels Bohr Chair at the institute.

Turok’s research focuses on developing fundamental theories of cosmology and new observational tests. His predictions for the correlations of the polarization and temperature of the cosmic background radiation (CBR) and of the galaxy-CBR correlations induced by dark energy have been recently confirmed. With Stephen Hawking, he discovered instanton solutions describing the birth of inflationary universes. His work on open inflation forms the basis of the widely discussed multiverse paradigm. With Paul Steinhardt, he developed an alternative, cyclic model for cosmology, whose predictions are so far in agreement with all observational tests.

Among his many honours, Turok was awarded Sloan and Packard Fellowships and the James Clerk Maxwell medal of the Institute of Physics (UK). He is a Canadian Institute for Advanced Research (CIFAR) Fellow in Cosmology and Gravity and a Senior Fellow of Massey College in the University of Toronto. In 2012, Turok was selected to deliver the CBC Massey Lectures, broadcast across Canada. The lectures were published as The Universe Within, a bestseller which won the 2013 Lane Anderson award, Canada's top prize for popular science writing.

Born in South Africa, Turok founded the African Institute for Mathematical Sciences (AIMS) in Cape Town in 2003. AIMS has since expanded to a network of six centres – in South Africa, Senegal, Ghana, Cameroon, Tanzania, and Rwanda – and has become Africa's most renowned institution for postgraduate training in mathematical science. For his scientific discoveries and his work founding and developing AIMS, Turok was awarded a TED Prize in 2008. He has also been recognized with awards from the World Summit on Innovation and Entrepreneurship (WSIE) and the World Innovation Summit on Education (WISE). In 2016 he was named the Gerald Whitrow Lecturer by the Royal Astronomical Society and was also awarded the John Torrence Tate Medal for International Leadership in Physics by the American Institute of Physics. In the same year, he was made an Honorary Fellow of the Institute of Physics in the UK and was awarded the John Wheatley Award from the American Physical Society for his work with AIMS.

Session:  Learning to Lead: What Capacities do Scientists of Tomorrow Need?