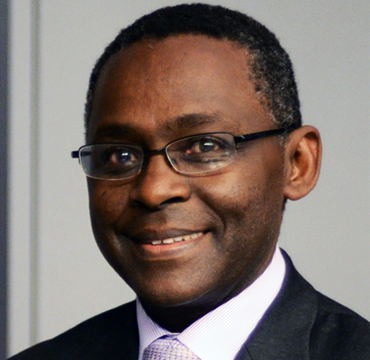 Professor Romain Murenzi is the Executive Director of The World Academy of Sciences (TWAS), a UNESCO programme, based in Trieste, Italy. He served in this position from 2011-2016 before joining UNESCO as Director of the Division of Science Policy and Capacity Building. While at TWAS, PhD fellowship opportunities have more than tripled over the course of his tenure, from 150 per year in 2011 to over 460 in 2016. In January 2016, he was appointed by the UN Secretary-General as a member of the 10-Member Group to support the Technology Facilitation Mechanism for the implementation of the Sustainable Development Goals.

Born in Rwanda, Prof. Murenzi holds a Doctorate in Physics from the Catholic University of Louvain (Belgium). In 2013, he obtained a Master of Law degree in Information Technology and Telecommunication from the University of Strathclyde (UK). He served from 2001 to 2006 as Rwanda's Minister of Education, Science, Technology and Scientific Research, and from March 2006 to July 2009 as Minister in the President's Office in Charge of Science, Technology, and Scientific Research, with responsibilities including Information and Communications Technology.