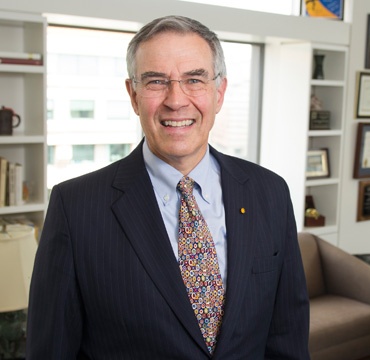 Rush D. Holt, Ph.D., became the 18th chief executive officer of the American Association for the Advancement of Science (AAAS) and executive publisher of the Science family of journals in February 2015. In this role, Holt leads the world's largest multi-disciplinary scientific and engineering society. Over his career, Dr. Holt has held positions as a teacher, scientist, administrator, and policymaker. From 1987 to 1998, Holt was assistant director of the Princeton Plasma Physics Laboratory (PPPL), a Department of Energy national lab, which is the largest research facility of Princeton University and one of the largest alternative energy research facilities in the country. Holt then served for 16 years as a member of the U.S. House of Representatives, representing New Jersey's 12th Congressional District. Holt is a Phi Beta Kappa graduate of Carleton College and holds M.A. and Ph.D. degrees in physics from New York University.