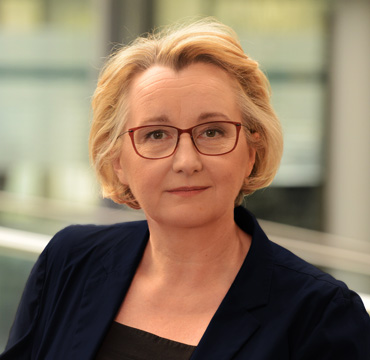 Theresia Bauer has been Minister for Science, Research and the Arts of the State of Baden-Württemberg since 12th May 2011. She has been a member of the State Parliament of Baden-Württemberg since 2001. There she was the spokesperson for higher education policy, parliamentary secretary and deputy head of the parliamentary faction of the Green Party (Bündnis 90/Die Grünen) and a member of the committee for Science, Research and the Arts of the State Parliament until 2011. Between 1993 and 2001 Theresia Bauer was first the political education spokesperson for the Society for Political Ecology (E.F. Schumacher-Gesellschaft für Politische Ökologie e. V.), then subsequently director of the Heinrich Böll Foundation Baden-Württemberg. Bauer studied political science, economics and German philology at the Universities of Heidelberg and Mannheim.